Use proper procedures for homeowners meetings 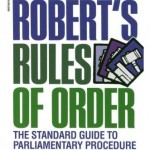 An annual homeowners association meeting is a social event where owners in a subdivision discuss how well the community is operating.

Many annual meetings are pleasant affairs, with expressions of good will toward the community and the recognition of hard work of the directors. In other communities, however, the annual meeting is filled with rancor and dissension. The latter situation usually arises in communities faced with hard decisions, such as a major capital repair, or ones where the views of the directors no longer reflect those in the rest of the community. In either setting, the board of directors should be familiar with proper procedures for running an annual homeowners association meeting. This article provides some pointers on this subject in question-and-answer format.

What notice needs to be sent of the annual meeting? The bylaws of most homeowners associations require that notice of the annual meeting be sent 21 days in advance. If the bylaws are silent on this point, nonprofit organizations must send notice of an annual meeting at least 10 days in advance. Some documents require notice to be delivered by mail; others allow personal delivery. The association should keep a copy of the notice and a list of those to whom the notice was sent in case there is ever a challenge to proper notice. The notice should state the time, place and date of the meeting. Any special issues to be voted on also should be mentioned.

The homeowners association can require members to request the membership list in writing and pay all reasonable copying costs.

Georgia law requires the membership list to be posted at the annual meeting.

Does there need to be a quorum at the meeting? A quorum is the minimum number of homeowners association members that must be in attendance to conduct an annual meeting and transact business. In smaller communities of fewer than 50 homes, the quorum requirement may be as high as 50 percent of the membership. In larger communities where the number of homes can be in the high hundreds or thousands, it is not unusual to see the quorum requirement be as low as 5 percent or 10 percent of the members.

The second confusing point is whether directors are elected by a vote of the majority or a simple plurality. If the bylaws require majority vote, each director must receive more than 50 percent of the votes cast. This often requires multiple ballots for directors to be elected. When a plurality vote is required, the candidates receiving the largest number of votes are the winners, regardless of whether they receive a majority.

Finally, questions often arise regarding the nomination of directors. Most homeowners association bylaws allow candidates to be nominated by a committee or from the floor of the meeting. A motion to nominate a director does not need a second motion and can be made by the candidate seeking office. Most communities have found that allowing directors to serve for staggered terms is the best way to ensure continuity of leadership in the community.

Should the board communicate its successes to the membership? The members of a homeowners association often focus on things like whether and why their assessments are going up, rather than on the hard work of the board. To make sure that the owners fully appreciate what’s involved in serving on a board and understand the workings of the association, the board should communicate its achievements to the membership. One good way of doing this is for the board to distribute a written “state of the homeowners association report,” describing in detail the various activities with which the association has been involved. This report also can be the basis for a similar presentation at the annual meeting. The more information the homeowners receive, the less likely it is for disputes to arise at the meeting.

Homeowners associations are much like small-town governments that are run on a private basis. Communities that follow correct procedures, like any government, find themselves with fewer complaints and controversies.

Weissman is a partner in the real estate and litigation firm of Weissman, Nowack, Curry & Zaleon P.C.