Understanding Collection Of Assessments During The Recession 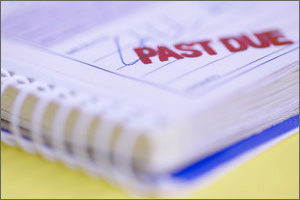 By: Michael Rome, J.D. The articles below are not a substitute for consultation with legal counsel.

Community associations have never faced the current amount of delinquent assessments and mortgage foreclosures. Unlike the federal government, an association cannot print more money. Yet, the annual budget is still calculated based on 100% participation. This makes it more critical than ever for the Board to stay on top of collections.

If the association does not act swiftly to collect delinquent assessments, it is the innocent owners who will suffer. Lax collection practices can cause the financial stability of an association to spiral out of control. Large delinquency rates often result in assessment increases and/or the levy of special assessments. Unfortunately, the alternative to raising assessments is usually a quickly disintegrating community.

Although it’s natural to sympathize with delinquent homeowners during difficult economic times, the Board has a fiduciary duty to act in the best interests of the association as a whole. When a homeowner buys into a community association they agree to pay their share of the common expenses. n short, the association should be run as a business and not a charity.

The most effective way to keep down delinquency rates is acting promptly to collect overdue accounts. Human nature dictates that the longer someone is allowed to put off paying a debt, the longer they will take. Delaying collections only encourages other homeowners to hold off on payment, which in turn creates a fast rising delinquency rate.

One of the ways an association can cause unnecessary delays in collecting assessments is by entering into extended payment plans with the delinquent homeowners. Our firm’s own experience has shown that eighty-percent or more of payment plans are unsuccessful. So not only does a payment plan often postpone the inevitable, other owners will expect the same treatment from the Board. The hard truth of the matter is that creditors who move quickly will often get paid ahead of other debts.

Here are some steps the Board should consider in keeping down delinquency rates:

Adopt a written collection policy, which outlines the steps and time frames. The most important aspect is the prompt placement of accounts into legal collection as soon as allowed by the association documents. Once a collection policy is adopted by the Board, a copy should be mailed to all the homeowners.

Do not enter into a payment plan that unnecessarily delays the filing of the lien. The recorded notice of lien is the main form of protection for the association’s funds.
Consider filing suit against the delinquent homeowner soon after filing the lien. This further encourages payment and allows for other avenues of collection, such as garnishment.
If a large amount is owed for delinquent assessments, consider foreclosing on the lien. An analysis as to whether or not the association should foreclosure on the lien is usually conducted on a case by case basis in conjunction with a collection attorney.

Another important factor is the cost of attorney fees for collections. It doesn’t make much sense to follow the above steps if the association is out a lot more money in the form of attorney fees. The Board should carefully review the attorney fees charged for each service, and find a law firm that will defer payment for most of the fees until they can be collected from the delinquent homeowner.
Remember that the most effective technique in keeping down delinquency rates is being prompt and consistent in collections… especially during hard economic times.